"Set it and forget it" investing, with less risk and higher returns

A comprehensive guide to dividend investing that shows how to obtain double-digit returns with ease. Dividends are responsible for 44% of the S&P 500's returns over the last 80 years. Today they present an excellent opportunity, especially with investors who have been burned in the dot com and housing meltdowns, desperate for sensible and less risky ways to make their money grow.

Designed to show investors how they can achieve double-digit average annualized returns over the long-term, Get Rich with Dividends: A Proven System for Earning Double-Digit Returns is the book you'll need to get started making money in any market. The beauty of dividend investing is that it's extremely easy to understand and takes up almost none of the investor's time. The investor doesn't have to constantly watch over their investments, and can and focus on other things, secure in the knowledge that the system is working and they are accumulating wealth or generating the income they need on a quarterly or even monthly basis.

Get Rich with Dividends was named 2016 Book of the Year by the Institute for Financial Literacy. 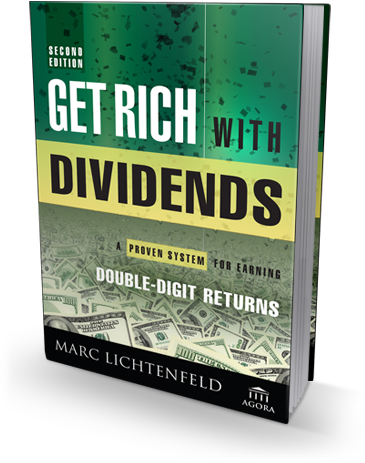 "If you want to get serious about your retirement, read Get Rich with Dividends. Lichtenfeld's step-by-step guidance shows you how to outperform the markets... outperform your broker... and outperform your highest expectations. "

"In today's global financial environment, investors would be wise to empower themselves with knowledge and insight. Mr. Lichtenfeld delivers on that mission."

– Todd Harrison, founder and CEO, Minyanville Media, Inc., and author of The Other Side of Wall Street

"Marc Lichtenfeld's book is a timely, necessary, and easy-to-read reminder about the importance of dividend paying stocks. 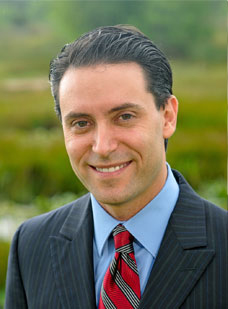 Prior to joining The Oxford Club, he was a sell-side analyst for the contrarian Avalon Research Group and a senior columnist for TheStreet.com. Marc is often featured on national media including WSJ.com, MarketWatch, CNBC, and National Public Radio. A featured speaker at investment conferences, he has spoken about dividend investing at meetings all over the world. Marc is also the only published financial analyst to have ring announced world championship boxing and mixed martial arts on HBO, Showtime, and ESPN.

Marc’s top-notch research makes him a sought-after media guest. He has appeared on dozens of national news channels including CNBC, Fox Business and Yahoo Finance. You can see a full list of his appearances here.